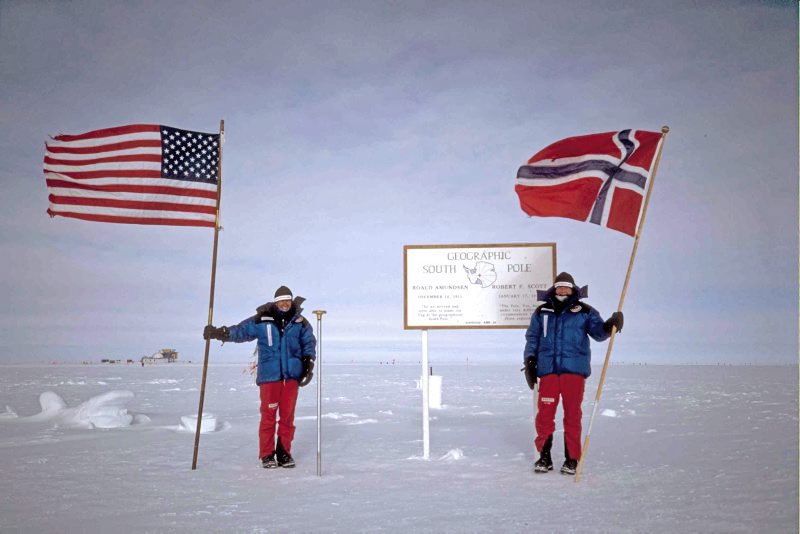 Jenny, do listen to your intuition!

After 3-4 weeks on my solo expedition I got the feeling that I should stop. The terrain had no crevasses, the clouds did not move as they usually did when a storm is coming in, but I just had a feeling. Instead, I continued my way south and 30 minutes later I was in the middle of a blizzard. I had to fight for 45 minutes to pitch my tent and secure it.

Two weeks later I got the same feeling. At that time there were no clouds to watch, but I decided to listen to my gut feeling. I stopped, pitched the tent, and the blizzard hit the tent when I was eating my soup. I read poetry and wondered where that gut feeling came from.

I reached the South Pole on Christmas Eve 1994. When I had breakfast with some scientists at the Pole and told them about the gut feeling related to the blizzards, they looked at me and told me that my body felt the low pressure coming in. It made total sense, of course; you might also have old people in your family that say that can feel in their hip, knee or back that bad weather is coming.

Living in cities, we do not listen to our bodies. Jenny, please listen to your gut feelings on the way South!

Jenny Davis: Solo to the South Pole, Delivered by DHL is aiming to raise funds for Children in Need. To donate, click here or text ‘SPJD99 £3’ to 70070 to contribute £3.

Comment below for the chance to have Jenny answer your questions during her solo expedition to the South Pole.